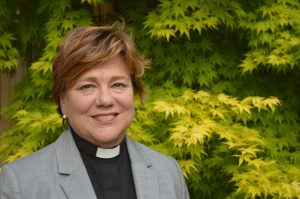 Dr Cape was responsible for leading 13 Theological Schools, 119 colleges and universities in the United States, and more than 1,000 academic institutions around the world. This worldwide network includes 11 global hubs for leadership, education, and development in Africa, Asia, Europe, Latin America, and North America. Dr Cape represents the board in national and international arenas related to higher
education and ministry, serving as director/trustee of several policy-making boards, including the board of trustees of American University, Perkins School of Theology, and Africa University.

Dr Cape is an international public speaker, preacher, and writer on issues such as education, theology, development, and current affairs. She has addressed the World Methodist Council and preached the formal service celebrating full communion of the United Methodist Church with the Episcopal Church, USA at the Washington National Cathedral.

Prior to being elected General Secretary in March 2011, she served the local church as a Youth Director, Music Director, Associate Pastor, Senior Pastor, and District Superintendent, and taught New Testament in the Course of Study at Perkins School of Theology. Dr Cape served as a Development Officer for Texas Methodist Foundation, on the staff of the Upper Room, and as Executive Director of New Church Development and Transformation for the Southwest Texas Conference. She has officially
attended the General Conference of the United Methodist Church since 2000 as a delegate and speaker.

Dr Cape is a 2016 recipient of The Honors Council of the Society of Afro-Brazilian Socio-Cultural Development (AFROBRAS) award, which was established to recognize those who promote racial equality and to celebrate Brazil’s National Black Consciousness Day.

Kim Cape is an ordained elder in the United Methodist Church, earning her undergraduate degree from University of Texas Pan American, and Master’s and Doctoral degrees from Perkins School of Theology, Southern Methodist University.