Who are the current Trustees? The Revd Dr Stuart Jordan read modern languages in Bristol and then trained at Wesley House in the earliest days of the Cambridge Theological Federation (71-74). Subsequent appointments included extended periods as a university chaplain, in urban ministry and in regional roles most recently as one of the Chairs of the London District. He has served on various connexional and ecumenical bodies and on retirement in 2015 moved back to Cambridge. 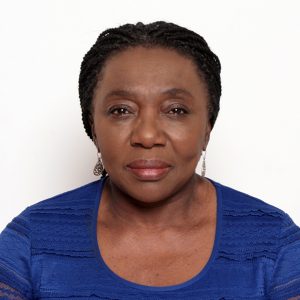 Janet Arthur is a senior Human Resource (HR) professional and until November 2019 was Director of HR for a large Housing Association.  She currently runs her own consultancy providing HR, organisational development and change management services.  She holds an MA in Human Resource Management and is a Chartered Fellow of the Chartered Institute of Personnel and Development (FCIPD).  Janet is a local preacher and Chair of the London District HR Group. As a member in the London Mission North West Circuit, she was a circuit steward for 8 years and currently a member of the Circuit Leadership team.  She’s a member of the Strategy and Resources Committee (SRC) for which she chairs the Grading and Remuneration Sub Committee. Paul Ashley trained as a geologist at Edinburgh and Birmingham universities. He spent much of his professional life working for the consultancy Mott MacDonald, dealing with water resources, environmental protection and sustainable development in many countries around the world. He brings to Wesley House his experience of business and project management, including for a while the management of his own company. He is the treasurer and a member at Wesley and Chesterton Churches in Cambridge The Revd Stephen Burgess is a retired presbyter in the Cambridge circuit. After graduating with a chemistry degree, he worked in industry before gaining a PGCE and teaching for two years. He then read theology in Birmingham whilst training for ministry at Queen’s College. Stephen has served in circuit in London, in school chaplaincy appointments in London and Cambridge, as superintendent minister in Cambridge, and most recently as chair of the York & Hull district. The Revd Catherine Dixon is a presbyter serving in the West Norfolk Methodist Circuit. She studied at the Universities of Warwick, Cambridge, and Anglia Ruskin, and trained for the Methodist ministry at Wesley House, Cambridge. In the 1990s she sat on two Connexional committees (Women’s Network, and the International Scholarship Grants Committee), and has been a member of the Methodist Conference both in the 1990s, and most recently from 2016-18.

Christine Elliott is a New Zealander who has been living in Great Britain since 1991. Her undergraduate work was in Early Childhood Education and her post graduate work in Missiology. She is currently Director of International Programmes for Churches Together in Britain and Ireland with two areas of particular focus: China and its two Christian traditions, Catholic and Protestant; The Middle East and the fragile situation for Christians. She also works closely with the Churches Commission on International Affairs at the WCC. For 22 years she worked for the Methodist Church in Great Britain in three roles: Childrens’ Mission (JMA) Secretary for the (previous) Overseas Division, for eight years, Area Secretary for Asia and the Pacific, for eight years and Secretary for External Relations, for six years. She is a member of the steering committee of the World Methodist Council representing Europe and served on the European Methodist Council as one of its co-chairs, 2008-2012. 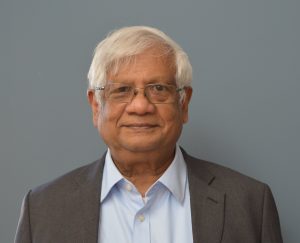 Bala has around 35 years’ professional experience in the telecommunications sector, 20 years of which were in the international arena, much of this at executive level at British Telecom, ECI Telecom, CTell Inc. and Interoute Telecommunications Ltd. Until 2010 Bala was Chairman of University Hospital Lewisham NHS Trust. He has served on many public and charitable bodies. These include Ecumenical Aids Trust, Age Exchange, Applecart, Methodist Relief and Development Fund, Regional and District Health Authorities. Bala served an elected labour councillor in the brough of Lewisham and in the Inner London Education Authority. Bala is currently on the Board of Christian Aid, Chairs Change Alliance India a wholly owned subsidiary of CA UK. Methodist Homes (MHA), Dalit Solidarity Network, Well-Being Sri Lanka. Miss Elizabeth Ovey is a practising barrister and a member in the Battersea and Wandle Valley Circuit.  She is a member of the Connexional Law and Polity Committee and currently is its representative to Methodist Conference.  She is a local preacher, has served twice as a circuit steward and is at present a church steward.  She has been a trustee of Southlands College and of Sarum College. 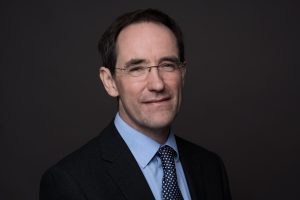 David is currently a non-executive Director of ICE Futures US.  He is a member of the Advisory Board and of the Risk Committee of Prism LLP, and of ICE Benchmark Administration’s LIBOR Oversight Committee.  He is a trustee of Learning Through Landscapes, the national school grounds charity.  David served as President of ICE Futures Europe from 2006 to 2017.   He joined ICE Futures (then the International Petroleum Exchange) as Head of Finance in January 1999.  He previously spent seven years with KPMG, where he trained as an accountant. 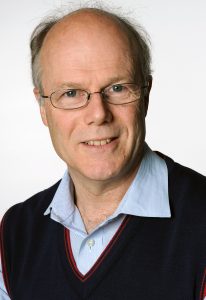 Nigel Poole is Emeritus Professor of International Development at SOAS University of London. He has worked in international agriculture and related areas of research in Latin America, parts of Europe, Sub-Saharan Africa, and South and East Asia. He has an MA in Aspects and Implications of Biblical Interpretation from the London School of Theology, serves in his local Anglican Parish and Deanery, and is chairman of the Wye and Book India Trust which supports the education of poor children in Delhi, India. The Reverend Canon Julian M. Pursehouse is the Chair of the East Anglia Methodist District and has exercised a ministry of Word and Sacrament as a Methodist presbyter for the last 23 years. He holds degrees in English, Law and Theology and is currently researching the theme of ‘happiness’ within the theological anthropology of John Wesley. He is also a member of the Methodist Law and Polity Committee and a member of the Methodist Conference. In January 2017 he was made an Ecumenical Canon of Norwich Cathedral. David Scahill is a Mechanical Engineering graduate with over 15 years’ experience as Managing Director of seven of General Electric Company PLC’s companies. His subsequent experience includes two years as Chief Executive of the Power Generation Division of TT Group PLC which he followed by setting up his own management and consulting company. David has 20 years’ experience as an independent governor of Staffordshire University, and was elected Chairman of the Board for six years until retirement. The Revd Colin Smith is superintendent of the Cambridge Methodist circuit and minister of Wesley Church in the centre of Cambridge.  He is a barrister and a former British secretary of the Oxford Institute of Methodist Theological Studies.  He is a trustee of Cambridge Citizens Advice and of the Susanna Wesley Foundation at Roehampton University.

What are the responsibilities of Trustees?

The Trustees have overall oversight of the work of Wesley House; they are responsible for:

In recent years the Trustees have had to take such serious decisions as planning for the future of the College, of agreeing the sale and leaseback of the site, of agreeing the design of the refurbished buildings and approving the business plan for the new College. The dedication and time this has involved bears witness to the Trustees’ sense of their obligation to honour the intentions of the Founders of the Trust; it builds on the fact that even in less tumultuous times the Trustees of Wesley House have always taken a lively interest in the life of the College, and they will continue to do so. They time their meetings so that they can meet with staff and students and share in worship where possible; those who are able often share more regularly in the worship, social and/ or academic life of the College; joining in major occasions such as Founders and Benefactors, Christmas, and the Beginning and End of Year services is a particular pleasure for the Trustees. Trustees also offer their particular skills to the work of the Board and the running of the College — such as financial expertise, experience of property and its management or of personnel affairs, involvement in Higher Education, experience of circuit life and of the Methodist Church in the UK and worldwide.

In choosing new Trustees, the Board seeks to ensure a variety of skills are represented, as well as to signal their links with the Methodist Connexion, with the Circuit and District, and with Cambridge University; most of all it seeks a commitment to the vision of what Wesley House has to offer the Methodist Church worldwide.