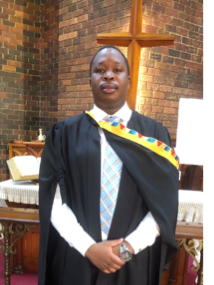 The purpose of this study is to address the challenge facing the Church in post-colonial and Apartheid South Africa in relation to liberation movements-turned governing parties. This is largely because the church played a crucial role in the struggles against colonialism and apartheid as a close ally of the liberation movements. The Methodist Church of Southern Africa (MCSA) has been intimately associated with the African National Congress (ANC) since the birth of the latter in 1912. The ANC was founded in a Methodist church. One of its past presidents was an ordained Methodist minister, another was a local preacher and six were practising Methodists. Many other Methodists have occupied top positions in the party. Methodist ministers have also been appointed to the influential position of ANC Chaplain General. However, the relationship between the two has come under scrutiny in the most recent past. Some Methodists have become increasingly uneasy with this apparently cosy relationship. Recently, the MCSA passed a resolution not to deploy its ministers to political parties as chaplains. Critics have described the MCSA as the “ANC in prayer” (Forster 2016). Concerns have also been raised about at the Church’s association with some senior ANC politicians who are proudly Methodist yet have been charged with serious crimes, such as corruption. This study seeks to investigate the dynamics of this relationship.