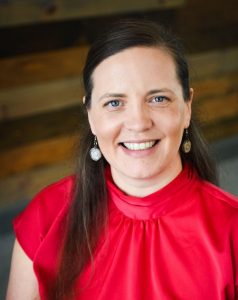 The Revd Trista Soendker Nicholson has served as Senior Pastor at St. Paul’s UMC in Raymore, MO. Trista is committed to intentional mission work, and has led several mission teams in Haiti. She was awarded the Martha Wright Griffiths’ Emerging Leader Award in 2015, awarded to an alumni from the University of Missouri for work for the betterment of women around the world.

Trista is privileged to serve as a General and Jurisdictional Conference Delegate for the Missouri Annual Conference, is part of the Board of Ordained Ministry, and is a member of the Conference Episcopacy Committee.